We all have our typical celebrity crushes. I mean, who among us hasn’t fancied Benedict Cumberbatch, Chris Evans, Leonardo DiCaprio, or George Clooney?

You’ll recognize him from You’ve Got Mail, Sabrina (1995), and Little Miss Sunshine. Most recently he did a good-natured cameo on Unbreakable Kimmy Schmidt.

Honestly, I don’t know what it is about him. It’s probably my repeated viewings of You’ve Got Mail in college that got me so in love with him. He usually plays the same type of characters and seems like such a nice guy.  If a movie has Greg Kinnear in it, you’ll most definitely find me watching it. 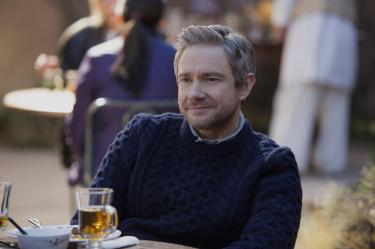 This one is probably not as uncommon as my other ones. You can find Martin Freeman in the original The Office, BBC’s Sherlock, The Hobbit trilogy, Marvel movies, and Whiskey Tango Foxtrot.  So where do I even begin?

First, his portrayal of Bilbo Baggins (as you’ll find me defending in this post) is dead on. He plays such a typical Englishman, it’s pretty endearing. But even when he plays a normal human, his John Watson is so English and likable.  His Scottish accent in Whiskey Tango Foxtrot makes up for his atrocious American accent in the Marvel movies.  Heck, his whole character in WTF makes me want to go marry a Scottish guy!

I first loved Steven in Sahara. He played Matthew McConaughey’s goofy sidekick. Growing up, I never fell in love with the hero, because he usually already had a lady (and I couldn’t stomach the idea of taking another woman’s man, even if they’re both fictional).  As a result, most of my fictional crushes are on goofy sidekicks.

However, I was utterly unprepared for his portrayal of the dad in the first three Diary of a Wimpy Kid movies. Seriously, it made me want to be a stay-at-home mom and raise teenagers, so long as I had a husband exactly like him. He was goofy, yet had the believability of a real husband and father. I didn’t even bother with the 4th Wimpy Kid movie because they had changed the whole cast. 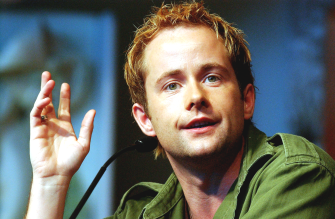 You’ll recognize him from the Lord of the Rings trilogy and not much else (unless you’re a hardcore fan).  My love for Billy knows no end.

When I was in high school, The Fellowship of the Ring was in theaters, and I had zero interest in seeing it. I wasn’t interested in fantasy or sci-fi of any kind and I was strictly a romantic comedy kind of girl.  Well, my friends and my then-boyfriend convinced me to go with them.  Once I resigned myself to my fate, I went to the infamous lordoftherings.net and took a look at the cast.  I scrolled through all these very typical fantasy-looking characters. I had zero interest in any of them until I came upon a photo of Billy as Pippin. My thought was, “he looks like a comedic sidekick. Maybe this won’t be too bad.”

To say I enjoyed the movie is an understatement. I had to pee during the prologue, and I held it until the end of the credits.  Of course while every other girl in the universe was swooning over Orlando Bloom, I was swooning over a man twice my age (at the time). Billy ages like a fine wine, folks.  Here he is doing the concluding song for The Hobbit trilogy.

So, who are your celebrity crushes that might fall a little outside of the typical Hollywood hotties?